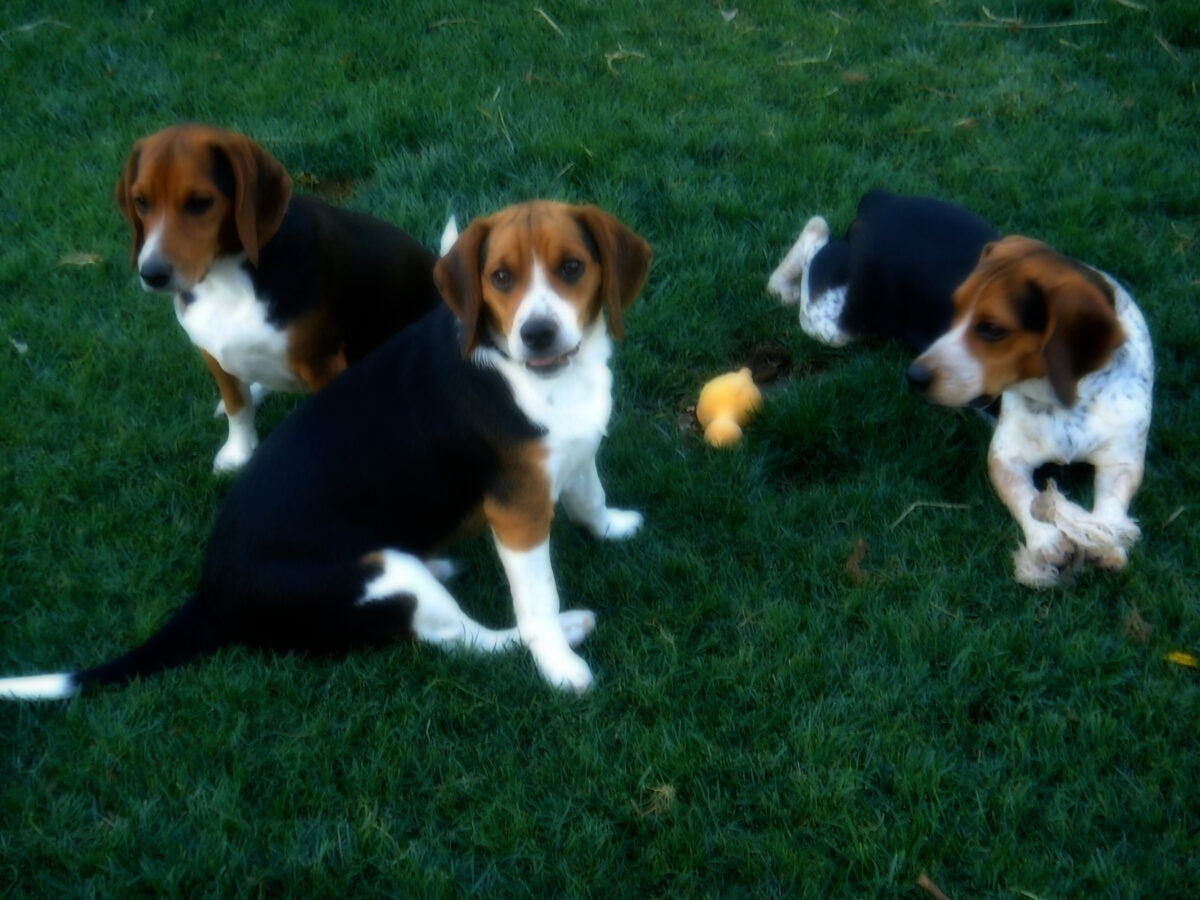 This site is an homage to all of the beagles who have been in our lives since 1994:

A week after Bayley’s death, a student of mine had a beagle, Ginger Spice Girl, who gave birth, to her and Buddy Boy Castro, five beagles: sisters Jasmine and Isabel, and the brothers Feargal, Fergus, and Fred.

Feargal Murphey O’Dougal Beagle was also born 9-Mar-2007 in Brentwood, CA, and crossed the Bridge on 15-Oct-2015 after a six-month fight with lymphoma, in Nashville, TN. He was 5 ½.

Still with us is the last of the trio, Fergus Murphey O’Dougal Beagle. (Fergus, Ferga, Ferga Ferg, Fergus Dog) was born with his brothers Feargal and Fred to Ginger Spice Girl and Buddy Bear Castro in Brentwood, CA, 9-Mar-07. Fergus is about to turn 14 years old. While he has multiple problems, he is still going strong and has outlived everybody and everything.